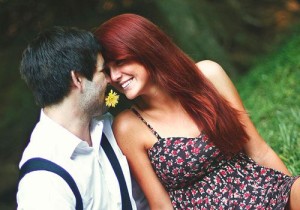 Pop quiz, hotshot! What do you do if a very classy and obviously rich person approaches you and begins flirting? You can tell by the way they dress and carry on airs that they’re definitely well to do and in an income bracket higher than you can imagine.

Maybe your first reaction is to panic and try to remain calm. All right, not bad…but you’re going to have to have a better game plan than that if you want to make this relationship of millionaire dating work. One thing is for sure about the rich and single—they know they’re desirable so if you blow it once, you’ve pretty much crashed and burned.
g
Be Powerful—That’s What Rich Women Like!

Maybe your instinct is to be kind, nice and fawning, like a butler or a maid. Wrong idea. Very few women find needy and desperate men to be attractive. Instead, be proud of who you are and wear your smile with confidence. Just because you don’t have wealth doesn’t mean you aren’t desirable. You have other very attractive qualities and should project these to the older woman who is interested in you. She may admire your looks, your spirit, your creativity or your confidence.

Rich women liked to be chased, even if they take the initiative in approaching you so be a little persistent and exercise that charming sense of humor. Don’t be so respectful that you forget to flirt. They want to think of you as dangerous. Even if they know you’re low income, they may find the idea of fooling around with a younger man, an “Aladdin” type very alluring.

What About Rich Men?

Is the same true of rich men? Yes but with some minor differences. Men do admire confidence but they don’t like an aggressive attitude. The rich male ultimately wants to feel respected by his partner. He wants to feel powerful and important and counts on his lady to support him, make him look good and empower him to go about his day.

However, he does not want a pushover that agrees with everything he says. Rich men are attracted to smart women and women who are social activists—women that have ambition and high standards for themselves. They want to feel as if their date is worth a million dollars. Someone that takes pride in their appearance, their career and their goals in life.

The most difficult part of keeping a rich person’s attention is to remain a challenge without irritating them. So you have to be careful not to be cruel or indifferent—but not so easy to “win” over. The rich know they have money and know you find them attractive…but they don’t want you to fall in love with their money. They want an affair of the heart, something real. So the goal is to keep them guessing, keep giving them attention, but not giving them what they predict or what they want. Avoid sex on the first few dates, since you want the rich person to crave your company and see that they really have to try to earn your respect.

It can be done and what’s really nice about dating a rich person is the romantic getaway vacations!